Leave a comment Posted by Nikander & Margriet Bruggeman on March 7, 2013

Despite all its power and flexibility, developing PowerShell scripts feels like a dev experience that could be had 15 years ago. Often, we find ourselves creating prototypes in VS.NET first, before diving into the murky waters of visual PowerShell editors. Having that off our chest, suppose you’re creating a PS script that creates a new SharePoint permission level. The code is not too hard, something like:

Now, what’s the easiest way to get to the permission mask you want? We do this:

The C# code (run from a C# Console Application) looks like this:

Leave a comment Posted by Nikander & Margriet Bruggeman on March 6, 2013

What does it do?

“The IIS logs are an invaluable way to get to know your web application and your end users once it’s in production. Therefore, having a tool to analyze IIS logs is in invaluable asset in your bag of tricks. Especially if this tool has a certain SharePoint flavor added to it…”

– Did some bug fixes (the slowest reports ordered by alphabet, instead of by number, duh!)

– Clarified up some reports, as there were some questions surrounding the time units in the reports. It should all be clear now.

SharePoint 2010: Problem Adding Term Sets with ‘&’ in their name

Once we were committing, an error occurs stating that we were trying to add a term that already exists. Why is that happening?

This problem took some time to diagnose, the solution is simpler. Make sure the index name you’re using contains char 65286, instead of char 38. In PowerShell, the code looks like this:

We must have won the lottery, because by mistake we also included term names containing two consecutive spaces. SharePoint tries to help out by replacing them with a single space. Now this happens:

We could do another replace, but decided that this is more of a configuration mistake. So, we’re not handling that one in code, but fixed the XML config file and then things worked like a charm.

The final question is this: is SharePoint right in replacing double consecutive spaces to a single one?  We decided the answer is no. Fixing term spelling makes the mechanism unpredictable and arbitrary (since SharePoint only seems to care about & and double spaces). Besides, it’s not SharePoint that has to decide on the name, it’s the term store administrator/end user who needs to decide. It reminds us of years ago. We were writing a technical design document and correcting the spelling of business terms that were used in a functional document written by the customer. At that time, we had a mentor who said: “Leave it be, you may not agree, but it’s the customer who decides on the business terms”. We thought this was a wise advise.

Leave a comment Posted by Nikander & Margriet Bruggeman on March 4, 2013

The JavaScript window.postmessage seems to be just what we were looking for when looking for a mechanism for SharePoint Apps to talk to each other: https://developer.mozilla.org/en-US/docs/DOM/window.postMessage

Leave a comment Posted by Nikander & Margriet Bruggeman on March 1, 2013 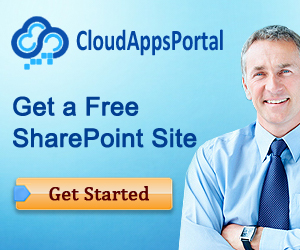